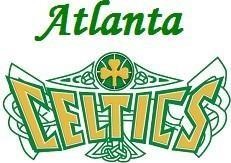 The Atlanta Celtics Basketball Program was organized in 1990 because of the need to provide additional opportunities for students that loved basketball and were interested in the possibility of a career in the sport. We began with one team and are currently averaging twenty teams per season. Over the years, the Atlanta Celtics have become a household name to spring/summer basketball fans, collegeâ€™s recruiters, high school playerâ€™s evaluators and NBA scouts. Because of the programs long term success sports writer, prep school evaluators, and college coaches rate the Atlanta Celtics as one of the top Grassroots Basketball program in the nation. The following accomplishments explain why: